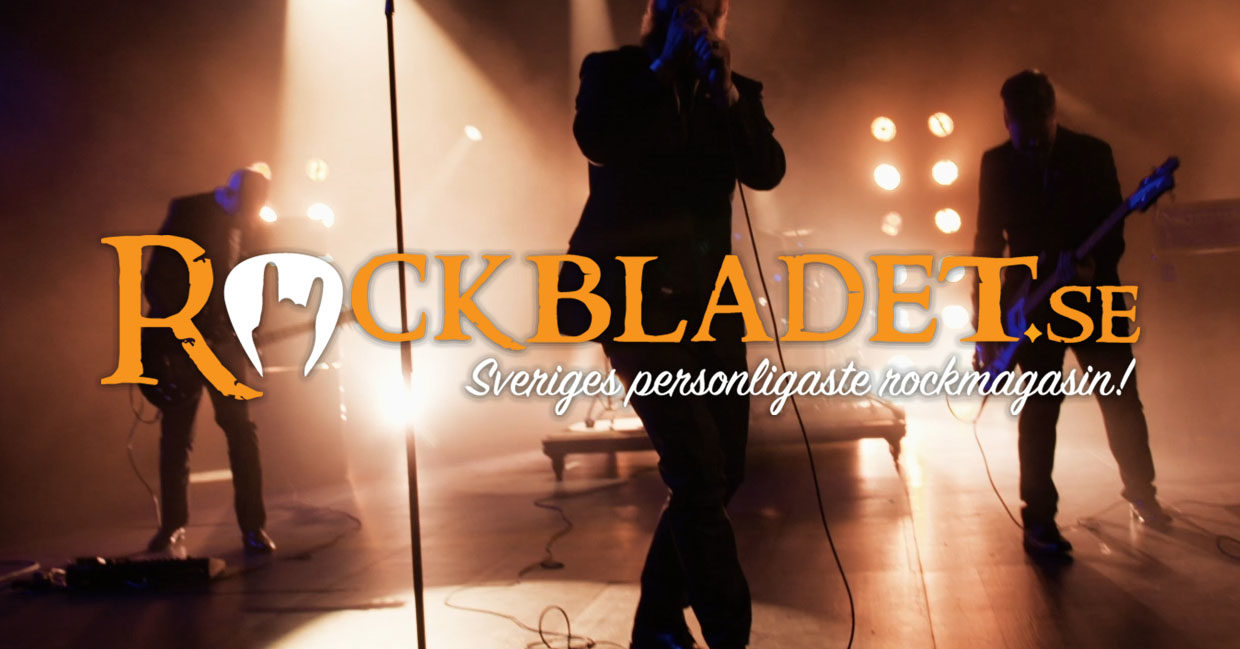 Black Truths is current with his new EP, Chapter 2, and Rockbladet had a chat with the band’s singer Klas Bohlin and bassist Mattias Lejon.

The Borås band Svarta Sanningar has been compared to greats such as Kent, Ghost and Opeth. The occult post-rock band was formed in 2017 in Borås, but thoughts were raised at a Chinese restaurant in Gothenburg, where singer Klas Bohlin and guitarist and songwriter Jonas Persson talked about music in general and let their creative plans both be expressed and take shape. A year later, Svarta Sanningar saw the light of day in connection with the release of their first EP.

– Svarta Sanningar is the first music project I have participated in where the songs are in Swedish. We wanted to get a little edge in the lyrics and find a new way for us to express ourselves. In our genre, Swedish is not so common, which gave the whole another dimension. The lyrics were also the starting shot for the backstory we built around the band, says Klas Bohlin.

In short, the whole band’s concept revolves around a fictional backstory about an occult religious society called Black Truths, a society whose dark history stretches all the way back to the 70s. Klas and Mattias explain that when they started their musical work, they agreed that it took a fictional world to put together a common thread, which could be followed through the band’s song material. A large part of the inspiration they have received from various horror films and TV series and today the story of Svarta Sanningar has taken on a life of its own, which has made it possible for the band to spin on their concept.

– It is very fun to be part of this band, which has a constant mystery around it. When we play live, it is always the black suit that counts. It should be atmospheric, stylish and dark. The music should evoke suggestive emotions in the listener, but at the same time the songs should be open to interpretation even for those who are not familiar with our backstory, says Mattias.

The band’s first EP, “Chapter 1” (2018), received some attention outside Sweden as well, and on May 21 it’s time for the sequel, which of course goes by the name “Chapter 2”. Klas and Mattias explain that they lived with the upcoming material for just over a year and that the time is now ripe.

– The music was finished in July last year, but we felt that the material deserved more time, both in terms of imagery and the musical. We have worked a lot with details, everything from strategies, video recordings and other graphics. We are some in the band who have experience of working at a communications agency, which of course facilitates our work. Mattias is an illustrator, Jonas is a motion graphic designer and I have a background as an art director. We are good at different pieces in creation and complement each other, says Klas.

When the undersigned points out that it sounds like the band has a solid teamwork, both Klas and Mattias fully agree. But how do you go about releasing music as a new band during an ongoing pandemic?

– We have had that kind of discussion with ourselves, if we should wait with release precisely because of the pandemic. However, I think that it may be right now, under these circumstances, that you have the chance to stand out a little. Once the pandemic is released, it is probably rather the big and established bands that take up all the space. Thus, it felt like a smart move for us to release music now, says Klas.

What can we expect from “Chapter 2”? Is it a natural sequel to “Chapter 1”?

– I would say that it is a natural continuation. We have moved in the more progressive direction while we have become darker. However, we are sure that if you have listened to “Chapter 1”, you will still recognize yourself. “Chemical Reincarnation” was a clear single, but the rest of “Chapter 2” contains more metal, tempo changes between calmer and harder parts, and that the songs are longer, says Mattias.

Expectations for this release are high and both Klas and Mattias hope that even more people will open their eyes to Black Truths with this EP. Hopefully it will be easier to get out on future gigs.

– I long for nice weekends with these guys, to play and meet the audience again. In other respects, we will also begin work on “Chapter 3”, says Klas. Mattias grins and adds: It is with horror-mixed delight that you release new music, but we received many praises for the single and feel that it will be exciting to see and hear the reception of the rest in the future.

Klas and Mattias conclude with a greeting to Rockbladet’s readers: “We hope you will find” Chapter 2 “interesting, especially if you are fans of darker music. Otherwise, you are welcome to follow us on social media and leave feedback, we like that. We also hope to see each other at the stages in the future ”.

Do not miss the release tomorrow!

Any cookies that may not be particularly necessary for the website to function and is used specifically to collect user personal data via analytics, ads, other embedded contents are termed as non-necessary cookies. It is mandatory to procure user consent prior to running these cookies on your website.